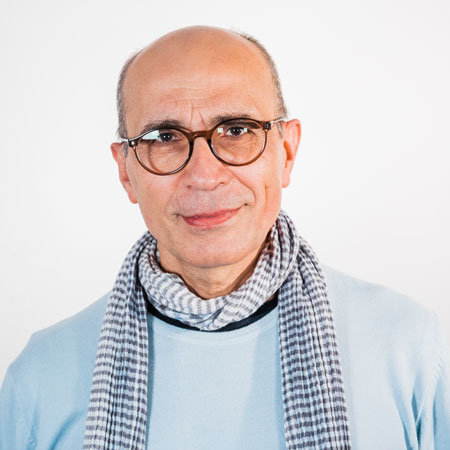 He is the professor in charge of the coordination of jazz arrangement and ear training courses and responsible for the two-year second cycle of academic courses in jazz arrangement and composition at the St. Louis College of Music in Rome, at the same structure in which he is a member of the Academic Council and the evaluation committee.

Together with the educational activity, he also performs as orchestra director. Since 2008 he has been director of different orchestral formations, Saint Louis College of Music's big bands and combos, in Rome. Since 1993 he has conducted the TMJB (Tribunal Mist Jazz Band) with which he has performed in numerous concerts both in Italy (Perugia, "Umbria Jazz" from 2003 to 2013, ) and abroad (Paris, "Le Petit Journal"; New York, "UN Theatre"). He has also conducted mediaset's rhythmic – symphonic orchestra for Sony Music and the Bulgarian Symphony Orchestra.

He has recorded several records, among the most representative:
"Eneiro" as composer and pianist for Ricordi Records.
"Napoli Standard" "Note autorizzate" "Piedigrotta e dintorni" as director and arranger for TMJB published by "Music for Music".
"Live in studio" with the Saint Louis Big band for the "Jazz Collection" series.