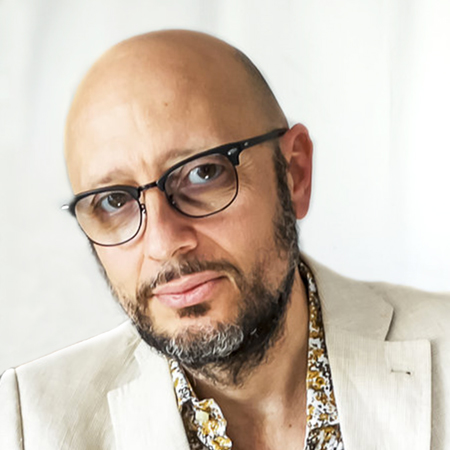 Musician, arranger, composer, double bassist and bassist from Salerno. He is considered one of the best Italian bass players in the world. He won eight consecutive awards for best Italian bassist at the Jazzit Award.

Coming from a family of musicians, Dario Deidda began studying music as a child. At the age of six he studied piano alongside his father and brothers. He then dedicated himself to drums and then finally landed on the bass guitar. At the age of thirteen he enrolled at the Conservatory of Salerno attending the classical double bass class.

Attracted mainly by modern authors, he became passionate about Jazz without disdaining other musical genres. In fact, in '99 he played in pino Daniele's band and later with Fiorella Mannoia. He currently plays on the Kurt Rosenwinkel Standars Trio and Quintet, along with guitarist Mark Turner and drummer Marcus Gilmore.

After graduating in classical double bass, he recorded with the Sonora Art Quartet and then with the Deidda Brothers. then followed by the recordings with the Salerno Liberty Cirty Band and Trycicle . "Cuban Stories" with his brother Alfonso and percussionist Ernesttico Rodriguez cannot be missed. Other bands in which he plays are Gegè Telesforo's "Pure Funk Live" and tours in Italy with Carl Anderson.

He has collaborated with several artists of national and international renown, both in jazz and pop, also rock. Such as: Marcus Miller, Ben Sidran, Vinnie Colaiuta. And also: Michel Petrucciani, Benny Golson, Randy Brecker and many others.