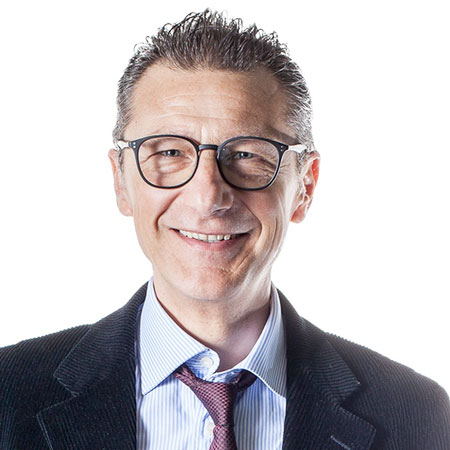 Jazz vocalist, musician, producer, composer and also journalist, author, radio and television personality, UNICEF Ambassador, GeGé Telesforo has gone through 40 years of radio and TV history with grace, lightness and consistent love for his passion of all time: jazz lived with the utmost professionalism combined with joy, rhythm and pleasantness.

The several victories of the Jazzit Award 2010/11/12/13/14/15/16/17/18 as best male voice crown an important period characterized by the release of successful CDs such as "So Cool" (GrooveMasterEdition), "NU JOY" (COLUMBIA RECORDS/SONY MUSIC), "FUN SLOW RIDE" (SAM Records/EGEA 2016) from an incredible number of concerts with the prestigious participation of his quintet in the exhibition "The Best of Italian Jazz in Shanghai" on the occasion of the Universal Expo, to represent Italian art and culture in the world on the billboard with Stefano Bollani, Danilo Rea, Paolo Fresu, Roberto Gatto.

As a teacher, he regularly holds his Master Classes in singing and vocal improvisation, "Vocal Jazz Concept", in prestigious Music Schools, Conservatories, and in Jazz Festivals in Italy and abroad. Since September 2012 he has been teaching Jazz and Vocal Improvisation at the Venice Voice Academy in Los Angeles (California-USA). He was named UNCEF Good Will Ambassador for his artistic commitment to all "Children in Danger", one of UNICEF's most significant campaigns. He is the inventor and promoter of the "Soundz for Children" project.