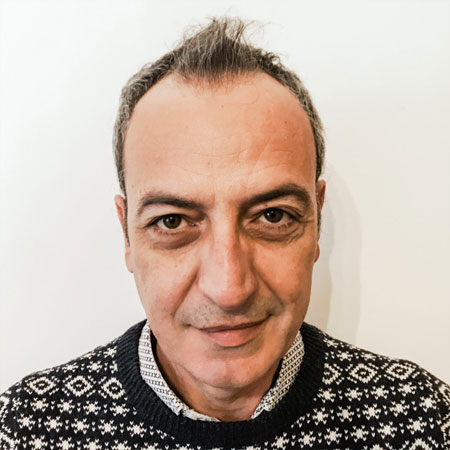 Pianist, keyboardist, composer, arranger and music producer. Computer music expert, he has a long experience in the field of electronic musical instruments and musical technologies related to sound design and music production.

From 2002 until today he has been following the record production and management of Federico Salvatore for whom he produced three albums, a musical DVD and the theatrical performances "Se io fossi San Gennaro" (2012-2013) and "E noi zitti sotto" (2013 -2015), “Malalengua” (2018-2020) staged on the national territory with over 150 performances.

Since 2002 he has curated the artistic productions of the Arancia Records label.

Since 2003 he has been an educator at Saint Louis College of Music holding the courses of sound engineering, electronic music, applied music and music production.