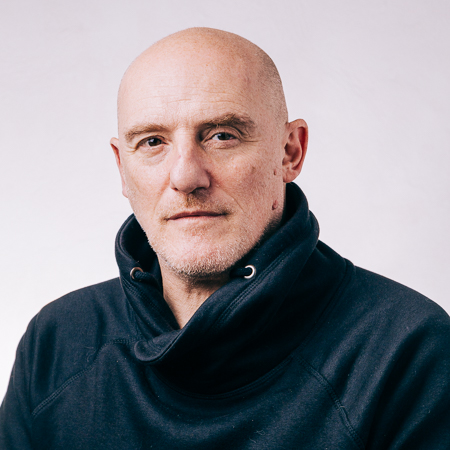 Pianist and composer born in Assisi, he began his activity in the early 80s playing alone and in trio in a large number of Italian jazz clubs. For years he has counted numerous participations at the main jazz festivals and music festivals in Italy and abroad.
Important to recall the several editions of "Umbria Jazz", "Ravenna Jazz" and various editions of the most important Roman exhibitions in which he has taken part. In recent years he has collaborated, on several occasions, with the best Italian musicians, and cultivate some participations in concerts and in recording studio, with important foreign artists :Randy Brecker, Billy Cobham, Steve Grossman, John Clark, Dee Dee Bridgewater, Vinnie Colaiuta, Jimmie Owens and others. In 2004 he was part of the Quartet of Miroslav Vitous together with B. Mintzer, A. Nussbaum, D. Gottlieb, M. Giammarco. He has played several times abroad: Japan (Tokyo, Kyoto, Osaka), Switzerland, France, Turkey, Czechoslovakia, Singapore, Luxembourg, Spain, Germany (he performs an only piano concert in 1987 at the University of Munich).
He recorded a concert of his compositions on the Radio for "Rai progetto Europa 83" and in 2001 participated in the broadcast "invenzioni a due voci" for Radio3. He counts occasional presences in the field of contemporary music collaborating, among other things, with the group "Artisanat Fourieux" of Perugia.He is the composer and arranger of soundtracks for theatrical performances and installations of figurative art: in 1985 "Letture di Filosofia" (Teatro al Parlamento) , "Gulliver" (Teatro Tor di nona, Rome).
In 1988 he began the collaboration with the director Maurizio Schmidt in different plays: "Garbage Boat", the trilogy: "Memorandum" and "L'Orazio" in '91, "Cassandra" in '92 at the Out- Off theater in Milan, at the Ghione in Rome etc." Small closed circle" in '93, with the scenic collaboration of Mimmo Paladino. "Un uomo è un uomo" and "L'Arlecchino" in '95 in collaboration with the Nico Pepe Academy of Udine; "Marconi Evening" and "Dream of a Midsummer Night" in '96; "Ritorno a Assisi" at carignano in Turin directed by Eugenio Allegri in '98. "The Legend of Everyone" with M. Schmidt in 2000.
Between '99-2000 he wrote and staged "Una lauda per Frate Francesco" also with E. Allegri. In 2001 he composed and performed the music for the "Saulo di Tarso" on the occasion of the feast of the theater of St. Miniato and for a "project on S. Paolo" by Pasolini; all in collaboration with M. Schmidt and V. Gazzolo. In 2003 he composed the incidental music for " I promessi sposi alla prova " by G. Testori, produced by the company "Elsinor", also with Schmidt and Gazzolo. In 2003/2004 he wrote and staged the theatrical work "Johann delle nuvole" with V. Gazzolo and an instrumental ensemble.
Author of the music for the "Eumenids" by V.Pirrotta presented at the Venice Biennale 2004.In 1995 he was music director in the events for the centenary of Swarovski, on that occasion he composed a ballet performed by the ballerina Oriella Dorella. In the same year he made the show "One Hundred Years of Emotions" in which he orchestrated and conducted his own instrumental ensemble. Between 1996-97 he designed and created "Folk Songs", a suite for wind orchestra in which popular musical tradition is revisited.
At the same time he participated in one of the De Agostini's latest editorial projects as composer and music curator. In 1985 he began his recording activity which includes several collaborations with the best Italian artists. "Fantastic World" '85, "Biri San" '86, "Area 2" '87, "Mixaudio" '87, "What colour for a tale" '91 with Furio di Castri, "Project Jazz" '91 with Mia Martini and M. Giammarco, "Meditango" '94 with Bruno Tommaso, "L'Avventura" '94 with Roberto Gatto, "Ulysses" '96 with Umberto Fiorentino, "The Life Always" '97 with Luigi Ferrara. In 2002 he recorded three upcoming CDs, along with M. Rosen, L.Ferrara and under his own name with F.Zeppetella.
He also has several sonorization CDs and carries out the activity of performer, author and arranger for Radio, Cinema and Television. His teaching activity began in 1981 at the "Moz-Art" in Perugia; in 1987 he taught at the "Uno" academy in Rome, he also taught for years at the "Stix" in Perugia, at the "Civica scuola di musica di Osimo"; "St. Louis", the "Roman Academy of Music" and the "IALS" also in Rome. He holds regular courses and seminars at the Villadossola Philharmonic, at the Assoc. "Amici della Musica" in Trapani, at the "Liviabella" school in Macerata.
X