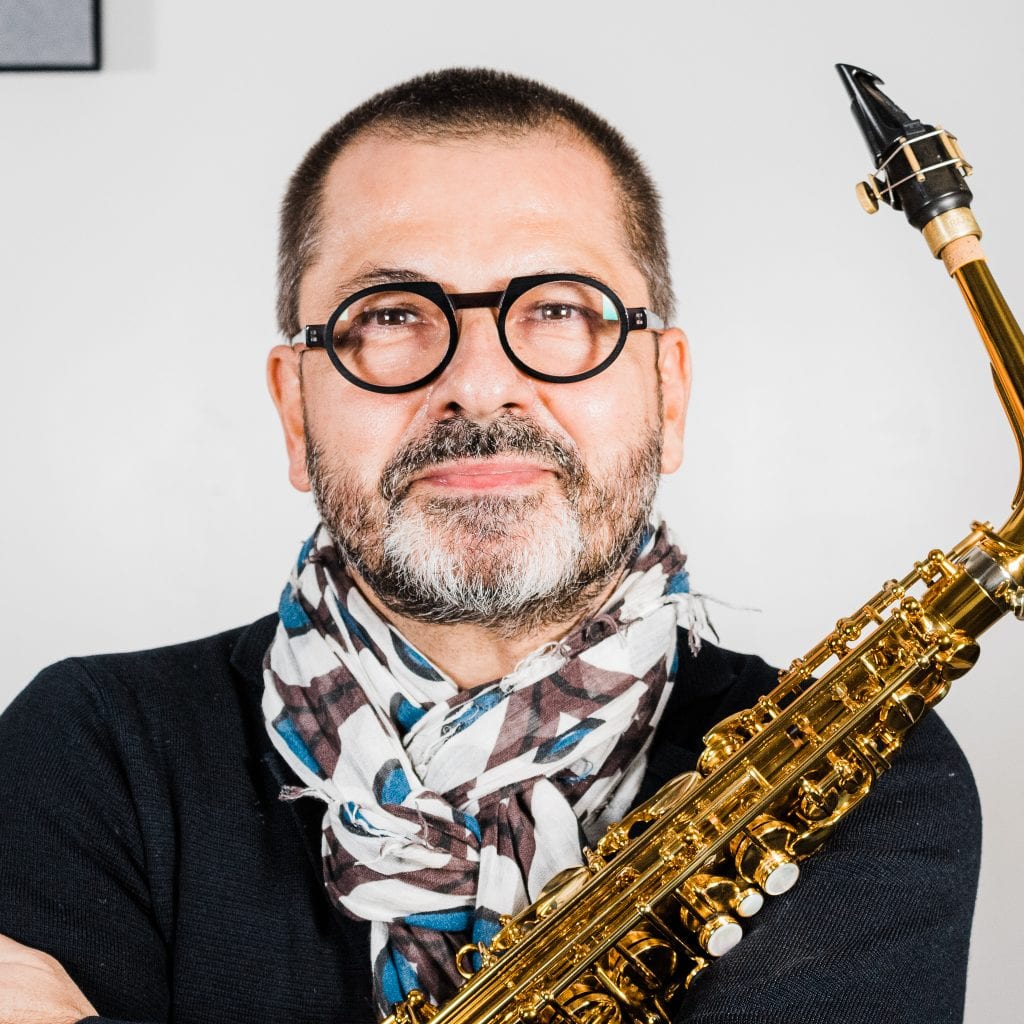 Graduated in Saxophone at the Conservatory of Music "L. Refice" of Frosinone with the highest marks. Winner in 1996 of the Massimo Urbani award and the following year, winner of the "Europe Jazz Contest", awarded to him in Belgium as best soloist followed by his quartet awarded as best group; in 2000 he won the "Top Jazz" in the "new talents" category while in 2010 as best saxophonist of the year, being first in the annual referendum called by the specialized magazine Musica Jazz. He also won the "Jazz It" Awards for Best Alto Sax in 2010 and 2013.

In September 2000 Rosario Giuliani signed an important contract with the prestigious record label French Dreyfus Jazz, with which he recorded six very successful albums: "Luggage" (April 2001), "Mr. Dodo" (October 2002), "More Than Ever" (October 2004) feat. Richard Galliano and Jean-Michel Pilc, "Anything else" (January 2007) "Lennie's pennies" feat. Joe La Barbera (March 2010), "Images" (April 2013) feat. Joe Locke, John Patitucci and Joe La Barbera. In 2013 he published for the Jando Music label and Via Veneto "The Golden Circle" tribute to the music of Ornette Coleman together with trumpeter Fabrizio Bosso. In March 2016 he released his album "The Hidden Side" on Parco della Musica Records. In October, he released "Cinema Italia" as a tribute to Ennio Morricone and Nino Rota's music for the Jando Music label with Luciano Biondini, Enzo Pietropaoli and Michele Rabbia. In January 2017 "Duke's Dream" was released for the German label Intuition along with pianist Enrico Pieranunzi.

It is titled "Love in Translation" the latest album released for Jando Music/Via Veneto Jazz in January 2020 with Joe Locke, Dario Deidda and Roberto Gatto.