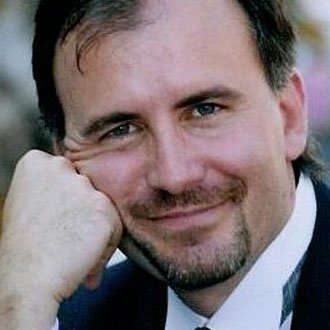 Graduated in Environmental and Resource Engineering at the Faculty of Engineering of "La Sapienza" University of Rome". As a musician, he has dedicated himself professionally to music technologies from the age of 17. Since 1995 he has regularly held courses and seminars all around Italy at public institutions, music schools, exhibitions, festivals, advance Music Courses, conferences, on the following topics: Sound Science, Electronic Musical Notation, Synthesis and Sampling of Sound, Computer-Aided Composition Systems, Virtual Orchestration, Sound Designing, Sound Engineering and of course Musical Informatics.

He was the artistic director of numerous festivals of ancient music, jazz and dance from 1996 to 2004, in the cities of Rome, Camerino, Gradara, Assisi, Bevagna (PG), Ceccano (FR) proposing in total over 300 concerts and dance performances. As a music consultant and expert in orchestral shooting he has participated in numerous productions of classical and jazz music since the late 1990s, also taking care of the electronic/digital realization of scores for musical editions.

Professional Experience in the field of Computer Science and Music Technologies

Since 1999 he has been the educational manager of MidiWare, a leading Italian distributor in music technologies, and commited to educational research on the insertion of supporting information technologies at all educational institutions. From 1999 to 2009 he was responsable of the educational support for Steinberg in Italy, dealing with the certification of specialized teachers on behalf of Steinberg (world leader company for music software). Since 1999, through MidiWare, he has been the contact person in Italy for Sibelius, a software house that produces the digital music notation system of the same name, for which in addition to didactic consultancy, he also carries out technical assistance and business development since 2000.

Since 2007 he has been beta tester on behalf of software house Sibelius, Steinberg, Celemony for the following music software: Sibelius, Cubase, Nuendo, Melodyne. In 2007 he was appointed korg product specialist on new digital recording systems.

In 2011 he was named Endorcer for Magix, a German company that makes sound technologies (Samplitude, Sequoia). In 2012 he was appointed Certified Trainer of Steinberg (software and hardware certified learning).

From 1995 to 2001 he edited, on behalf of the Ist. Ital. Informatica Musicale (Italian institute of musical informatics), the educational coordination of 36 ESF vocational training courses in the field of music technologies in the Lazio Region also carrying out the role of specialized teacher in Sound Science and Musical Acoustics, Music Informatics, MIDI sequencing. In 2005 he organized on the IITM the first training course in Virtual Orchestration receiving a great interest in the academic world. In 2009 he held the virtual orchestration course at the Santa Cecilia Conservatory in Rome, as part of the diploma in Applied Music, the first in Italy held in a music academy.

In 2011 and 2012 he held a master's degree in virtual orchestration at the V. Bellini Musical Institute in Caltanissetta as part of the event Great signatures for teaching. From 2004 to 2010 he was professor of music technology at the Faculty of Information Science in Bologna. Every year he takes care of the master's thesis in music technologies for numerous students from the main Italian universities. From 2010 to 2013 he led the digital creativity course of the University of Bologna (Faculty of Information Sciences). Since 2005 he regularly holds training courses for teachers of music and music technologies of Trentino in collaboration with the University of Trento and the Trento Film Festival that take place at the A. Rosmini Pedagogical High School in the same city.

From 2009 to 2013 he held the audio technique course at the Germanic School in Rome (high school classes). In 2011 he held workshops and courses on technologies applied to cinema at the Puglia Film Commission – Cineporto di Bari.

He is director of the Istituto Italiano per la Tecnologia Musicale (IITM(Italian Institute for Music Technology )). He takes care on behalf of the companies Videoplay, Lambda Italia, the training and updating of the various technical figures, related to the aspects of sound, in the film and television sector. In 2007 he carried out training on digital technologies for AITS technicians (Ass. Italiana tecnici del Suono (Assoc. Italiana sound technicians)), that deals with direct grip and audio editing for Cinecittà.

In November 2011 he designed on behalf of the Istituto Musicale V. Bellini di Caltanissetta (V. Bellini Musical Institute) the first level master's degree in "Technologies applied to Music", consisting of 456 hours of training, reserved for students with a first-level diploma or degree (first and second cycle academic diploma). The Master was approved by the MIUR in January 2012 and has been in progress since September 2012. Within the Master integrates: Sound Science, MIDI Protocol, MIDI Sequencing, Sound Sampling, Virtual Orchestration, Teaching and Pedagogy of Musical Technologies. He was appointed at the organizing committee of the master as an expert in music technologies.

In 2012 he was appointed educational coordinator of the applied music technology courses that take place at the Forum Academy within the prestigious recording studios of the Forum Music Village in Rome, founded in 1969 by Ennio Morricone and Louis Bacalov. For the academy he designs the two-year training course in Sound Engineer considered by many professionals in the sector the most complete professional training course that can be attended in Italy today.

In 2015 he designed for the Santa Cecilia Conservatory of Music in Rome, with the cooperation of the Forum Music Village in Rome, the Second Level Master Film Scoring Performer which aims to train musicians who have graduated from recording and performing of soundtracks and film music.

From 2007 to 2010 he collaborated with Rainbow in the realization of the soundtrack (realization of virtual orchestration, scores, pre-production editing, post-production assistant) related to the two Animation Films of the Winxs:

– Winx the secret of the lost kingdom, music by Paolo Baglio

Since 2010 he has been collaborating as a musical technology assistant in the creation of film and video game soundtracks (editing, sound designing, virtual orchestration, scores):

Since 2009 he has been collaborating with the Istituto di Cultura Germanico di Roma (Institute of Germanic Culture in Rome) and with the German publishing houses "Barenreiter", Laaber-Verlag, in the digital editorial realization (through Sibelius software) of modern editions of lyric scores of the 1700s: - vol. XII Concentus Musicus: Niccolo Jommelli, Attilio Regolo (Attilius Regulus)opera

As Sound Designer, he designed the event Impronte Sonore (Sound Footprints) in which a study was carried out on the soundscape and the diffusion of sound in surround system 5.1. The event has already been a great success at the Festivals Città Sonore (Rome), MUV (Florence), Festival of Creativity (Florence), Grape Juice Festival (Livorno).

In 2010 for the ABEditore he created the book Sibelius 6 la guida passo passo (Sibelius 6 the step-by-step guide).

In 2011 he wrote the books Lezioni di Cubase 6 (Lessons of Cubase 6), Sibelius 7 passo passo (Sibelius 7 step-by-step), which he decided to publish free of charge on the IITM website for greater sharing and interaction with the many readers who have been following him during the years.

In 2013 he wrote the book Lezioni di Cubase 7 (Lessons of Cubase 7) in ebook format with sample and exercise projects. He wrote sound designing articles for "elettronica Sounday" magazine.

He writes technical articles on the main software distributed by MidiWare

He writes articles on Music Technology for the magazine Note Musicali (Musical Notes) curated by the Ist. Musicale V. Bellini in Caltanissetta.

He creates the blog http://tecnologiamusicale.wordpress.com dedicated to the teaching of music technologies and visited every month by over 4000 readers with 10,000 monthly readings of articles.