Domus from 123 AD in the basement of Saint Louis

In the underground rooms that develop under the premises of via baccina del Saint Louis, during the renovation of the headquarters, ancient wall structures were brought to light, in particular a Domus Romana: a great heritage dating back to the 1st century AD rich in mosaics, well preserved walls and even a fresco. The Saint Louis initiated the recovery project of the Domus, in order to make it accessible to scholars and the public.

Long Via del Grifone there followed a series of rooms attributable, on the basis of the building characteristics, to commercial structures and warehouses, located on the ground floor of a large building, probably one of the islands that ancient sources remind us of characterizing this area of ​​the Suburra. The rooms, which developed parallel to the road axis of Via Baccina, have traces of the doors and windows on the brickwork walls that were obliterated by subsequent interventions. The roof, made with barrel vaults, has completely disappeared but its traces are very evidently preserved on the innermost walls, together with part of the walls of the upper floor. 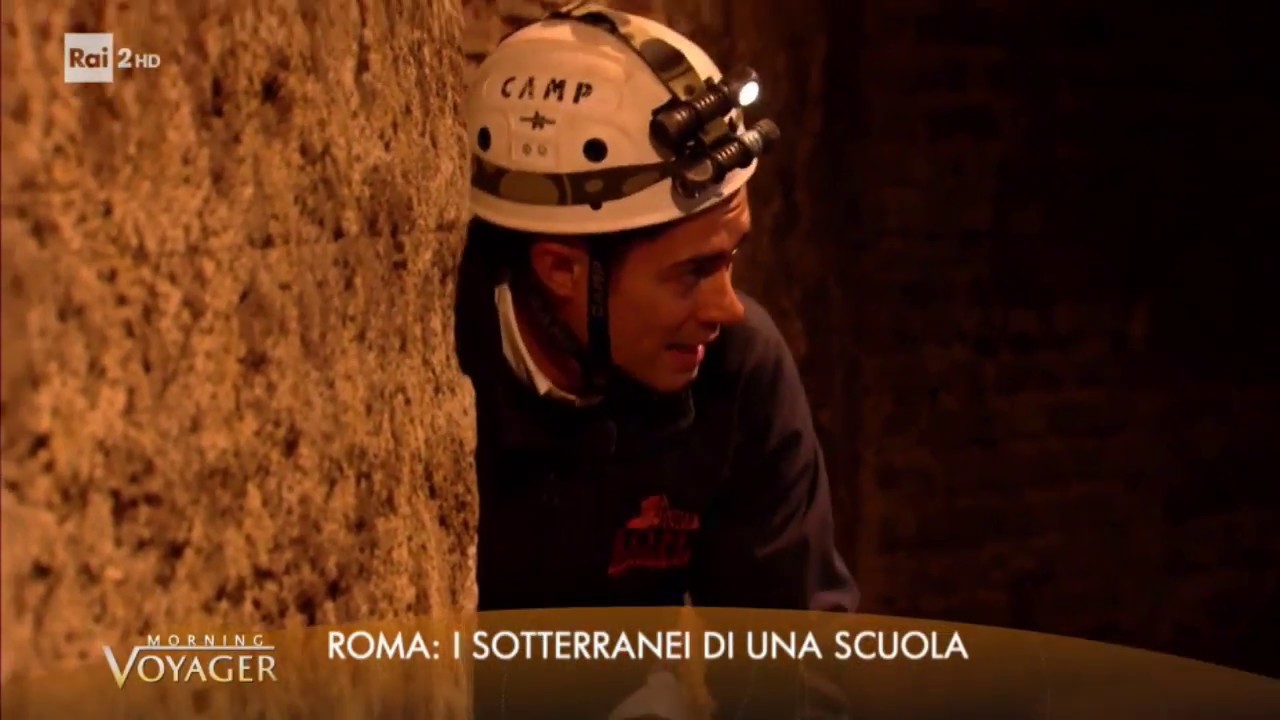 In the adjacent rooms, only partially investigated up to the floor level, structures with a residential function of a certain value, dating back to the Antonine age, can be recognized.

A large rectangular room, covered with a barrel vault and with large openings on the long walls, retains large sections of the original mosaic flooring with alternating white hexagons and black rhombuses, while some tiles in ancient yellow, palombino, slate and ancient gray are preserved in situ. of the floor in opus sectile with the same decorative motif of the mosaic, which characterized the space between the openings.

In a second room, with a mosaic floor decorated with a checkerboard pattern of alternating black and white squares, scores with floral decorative motifs and the figure of a small bird stand out against the frescoed pictorial decoration preserved on two of the original walls.
From the analysis of some bricks used for the construction of the original sewer network, a sort of "trademark" was found indicating, in addition to the manufacturer, the name of the Consuls in office, namely Paetino and Aproniano. This indication allows you to define the exact year of production, being the consulate of 123 AD. but obviously we will have certainties in this regard once the studies by the Archaeological Superintendence are finished.