Call for selection for orchestra musicians

The Saint Louis opens the selections of musicians as part of the project "Love, Prison and Invective in Italian popular music, a musical journey between Lazio, Campania and Sicily".

The call is aimed at the research on an international basis of young orchestra musicians, who want to enrich their wealth of experience in an educational-historical-cultural project, for the following instruments:

Every nation, as well as every region, has its own musical heritage, which has been formed over time, in the lowest and uneducated social strata of the population: it is popular music, which unmistakably expresses the character, the spirit, the emotional power and the inclinations of the people of that nation or region.

The purpose of this project, entitled “Love, Prison and Invective in Italian popular music. A musical journey between Lazio, Campania and Sicily ", is the production of a record work and its publication on streaming platforms, the release of which will be presented with a Concert at the Auditorium Parco della Musica in Rome, which represents a journey into the popular music of Central South Italy - with particular reference to the regions of Lazio, Campania and Sicily - to grasp its "genius loci". 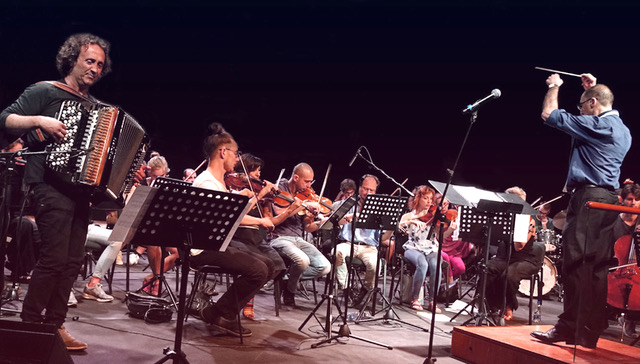 The historical and philological research of the project is curated by Cristina Carlini, professor of history and historiography of music and music applied to images at the Saint Louis College Of Music.

For each of the three regions, a repertoire has been selected consisting of an equal number of songs chosen from the best known and with the greatest emotional impact of the popular tradition, for a total of 12 songs: a serenade, a love song, a song about the subject of prison and one on the subject of invective.

The songs will be performed by the Saint Louis Pop Orchestra, Saint Louis resident band directed by Maestro Vincenzo Presta, who will also take care of the arrangement of the pieces that will be interpreted by Antonella De Grossi, Adriana Persico and Fabiana Levita.

Download the Call for more information and how to participate:

Applications must be received by February 5, 2021, by completing and electronically sending the registration form in which personal data and short curriculum of studies must be entered, copy of identity document attached, audio / video link on You Tube channel of a musical performance (optional).

2. Orchestral rehearsals and studio recordings for the realization of the CD. Mix & Mastering by Fabio Venturi and Marti Jane Robertson. To meet musicians outside the region or abroad, and taking into account the current state of health emergency, the recordings will be concentrated in 3 consecutive days in the months of March / April 2021.

3. Live performance of the recorded pieces with a concert at the Auditorium Parco della Musica in Rome in September 2021, 1 day of rehearsals and concert.

For all participants there is: